Malcolm Turnbull shows his support for the renewable energy industry 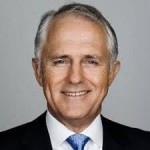 In Malcolm Turnbull’s victory speech as new Prime Minister, he stongly emphasised that the first thing to do is to “publicly state his support for the renewable energy industry and the fact that he believes it has a strong future in Australia.”
Malcolm Turnbull strongly emphasised the need to find a new direction to secure Australia’s future economic prosperity. Agility, disruption and innovation were the concepts he referenced, along with the importance of Australian businesses being able to leverage the many opportunities in the changing world, rather than trying to future-proof ourselves against it.

These are hardly what you would call radical statements, but they were an absolute breath of fresh air for the nation’s entrepreneurs and start-up businesses. Tomorrow’s most successful business leaders will be those who are learning to navigate a world where the cycle of disruption is rapidly accelerating.
While it remains to be seen how the Prime Minister’s economic vision will play out in a policy sense, the message had deep resonance for Australia’s renewable energy sector. With the second mining boom over and the price of many commodities at rock bottom, this is the kind of industry we need to build the Australian economy of the future.

Rooftop solar power in particular has been a disruptive technology in the energy sector over the last seven years, with close to 1.5 million households installing the technology, along with more than 15,000 businesses. And affordable home energy storage is just around the corner, which will disrupt the status quo still further.

Since the unexpected leadership challenge earlier this week there has been a national beauty contest underway, as the nation’s various interest groups and state governments try to attract the new Prime Minister’s attention.

There are a couple of very easy things he can do to return stability to the renewable energy industry and kick-start hundreds of millions of dollars’ worth of investment.

The first is to publicly state his support for the industry and the fact that he believes it has a strong future in Australia. And the second is to reverse the Federal Government’s vow to scrap the Australian Renewable Energy Agency (ARENA) and the Clean Energy Finance Corporation (CEFC), which have both proven highly effective. In the case of the CEFC, its investments are actually making money for the taxpayer.

But we have already been reminded that we should expect policy evolution rather than revolution. Last Wednesday in Parliament, Prime Minister Turnbull mocked Labor’s ambitious 50 per cent by 2030 renewables target for not considering the cost of abatement, even though it is not yet a fleshed-out policy.

He went on to back existing government policies, suggesting that clean coal, planting trees and gas-fired power generation could be worthwhile alternatives. It was a stark reminder that he has a lot of work to do to unite his party, particularly on issues as contentious as climate change.

Prime Minister Turnbull’s successful challenge has already created a sense of optimism in the sector, and this can translate into business confidence with a few well-chosen words – and without the need for any major policy change.  While a lot of hard work by a huge number of people over the last 18 months has returned bipartisan support to Australia’s Renewable Energy Target in June this year, negative public comments from the former Prime Minister about wind farms meant that uncertainty around the sector lingered.

It’s hardly a secret that the renewable energy industry endured a challenging and frustrating period under the former PM.  Australia’s miserly $240 million investment in large-scale renewable energy in 2014 was less than a tenth of 1 per cent of the global US$310 billion in investment on offer. It was a terrible year for a country that has some of the best renewable energy resources in the world, and a sector which is poised to provide a huge economic opportunity.  Behind the RET, 15,200 new jobs and $40 billion worth of investment are expected.

The potential of this promising sector clearly aligns with the economic aspirations the new Prime Minister has outlined, and we are looking forward to a more supportive approach that will attract the multi-billion dollar private investment that the rest of the world is realising from renewable energy.

Kane Thornton is the Chief Executive of the Clean Energy Council.